More than just a celebration of a bygone era of gangster films, Scorsese’s The Irishman shows just how far one of America’s most dynamic filmmakers really has come. Boasting strong performances from three of the greatest actors of the 20th century, a wonderfully put together script and the professional direction of an all time great, The Irishman, offers genuine epic storytelling for any gangster lovers.

It’s been some years since Scorsese has made a straight up mobster flick. His more recent endeavors include the documentary Rolling Thunder Revue: A Bob Dylan Story by Martin Scorsese and religious epic Silence. His last foray into the Mobster genre can be traced as far back as Casino (1995) if you don’t count the crime dramas that have surfaced in between. So in 2019, with de-aging technology currently experiencing its renaissance, Scorsese returns to the genre that put him on the map, bringing with him all the stars that made him so. Robert De Niro, Joe Pesci, Al Pacino and many others from the era fill out a star studded cast that is not only a celebration of the style Scorsese crafted for himself some 40 years ago with Mean Streets, but also shows his maturity as a filmmaker, and his continued ability to grow and develop the ideas he expressed all those years ago.

The Irishman follows the story of Frank Sheeran (Robert De Niro), a World War II veteran in his twilight years as he recounts his time as a mob hitman and his involvement with Jimmy Hoffa (Al Pacino). Following the war Frank worked as a truck driver and through some shady connections eventually comes into contact with Russell Bufalino (Joe Pesci), boss of the Northeastern Pennsylvania crime family. After a string of jobs, mostly mob hits, Frank is introduced to Jimmy Hoffa, the head of the International Brotherhood of Teamsters by Russell and the two begin a strong working friendship, as Hoffa navigates rising pressure from the federal government due to his potential mob ties and struggles to maintain balance as fellow teamster Antony Provenzano is on the rise and threatening his position.
The plot follows a standard epic gangster structure that anyone familiar with the likes of Goodfellas or The Godfather, will recognise almost immediately but that does not take away from the excellent execution of the narrative. Told mostly through narration and flashback, Scorsese ruminates of Steven Zaillian’s screenplay, never forcing the plot to move faster than it needs to. This does make the film feel very long in parts and make no mistake, if you are settling in for this picture be prepared to really settle in. The plot never moves at a brisk pace and never rushes to any conclusions. Whilst this can be considered a negative against the pacing, for the most part every scene is presented and explored in a meaningful way that keeps it from being boring. It is an investment for sure but it is definitely worth it. 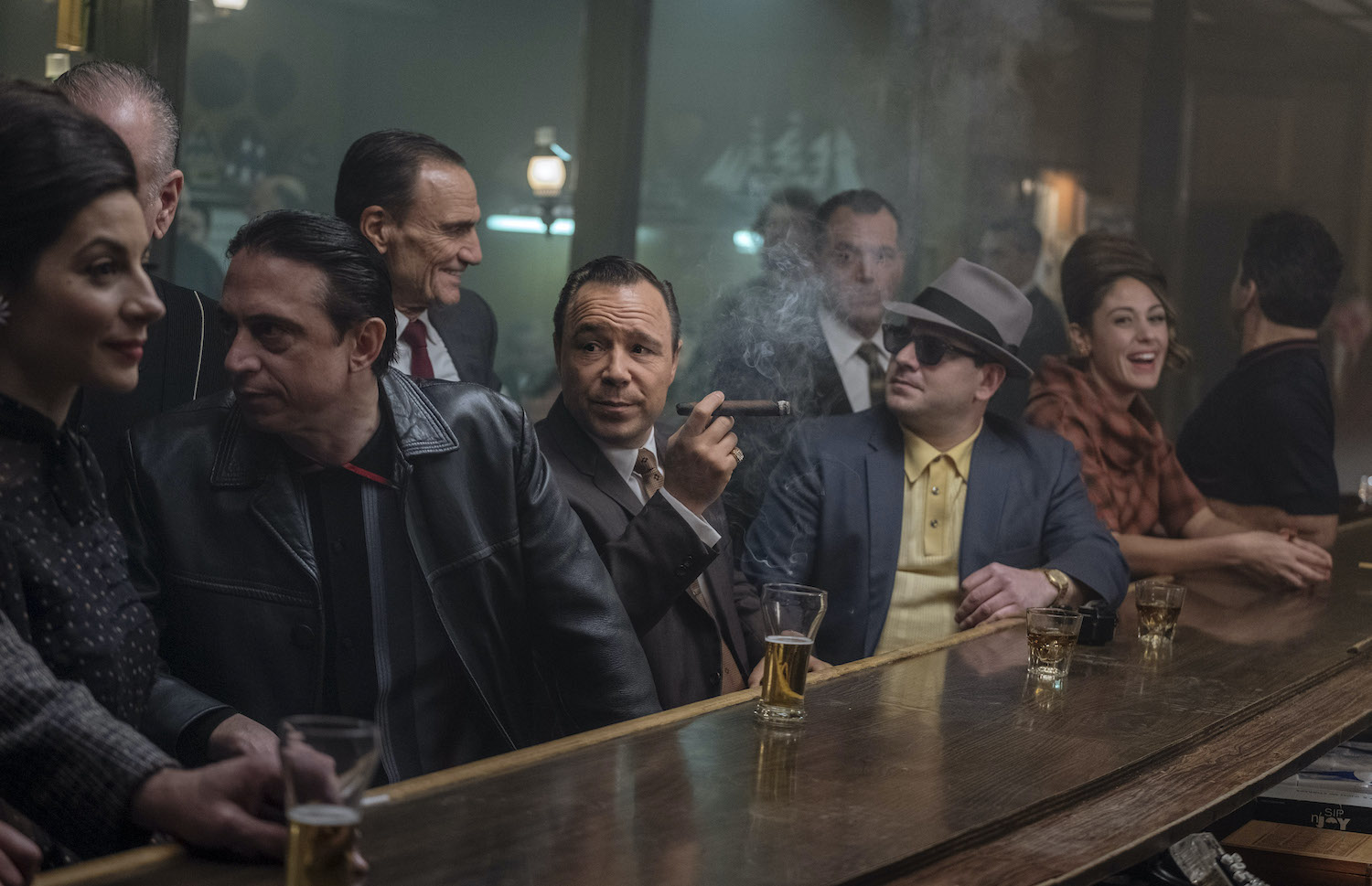 The performances from the main cast are where this film really shines however. De-ageing technology is incredibly impressive and The Irishman is another fantastic example of modern cinema’s ability to digitally change the way actor’s look. However the technology whilst impressive, is certainly far from perfect. Robert De Niro still moves like a 76 year old man even when he is supposed to be playing a man in his mid-30’s, a common issue with de-ageing actors (see Samuel L. Jackson in Captain Marvel). Fortunately this only really shows in one scene but that scene is quite early on which can make it quite noticeable in later scenes where it might have otherwise flown under the radar.
Regardless of the CGI, the performances are all up to standard for this pedigree of actor. De Niro, Pesci and Pacino all play to their individual strengths in a very dialogue heavy picture, perfectly embodying their respective characters. Frank is a classic De Niro archetype; tough, calm and detached. Pesci plays Bufalino with stern authority, but with the consistent threat that he might order a hit any moment. Finally Pacino plays Hoffa with the erratic madness he developed all the way back in Scarface with a degree of realism that does hinge on the all too believable at points. All three are helped by an excellent script that is quite the achievement for such a lengthy film, coupled with Scorsese’s direction, encouraging them to ad-lib and make the characters their own which really shines during the more emotionally intense moments.

Mexican cinematographer Rodrigo Prieto helms the photography department wonderfully. Intimately intense closeups and clever camera panning drives the erratic dialogue scenes with a contagious pace whilst the quieter more contemplative moments settle in on the actors faces, allowing for a completely engrossing appreciation of the performances. Thelma Schoonmaker (long term collaborator with Scorsese) leads the editing department to great effect, continuing her excellent consistency that is worthy of her three Oscar wins. Even though the film feels incredibly long, Schoonmaker’s pacing of certain scenes are what save the film from being a mindless slog, holding on everything just long enough to fully invest the audience without them becoming completely disengaged. Finally, Robbie Robertson heads up the music department, mixing in tracks of the time with some more moody atmospheric score pieces in classic Scorsese fashion. After all, it wouldn’t be a Scorsese flick without a montage of criminal activity to a hit 60’s tune.

The Irishman looks, feels and plays out like a classic Scorsese gangster picture. A celebration of an age of movies that gave these incredible actors their heyday. Whilst there are moments of indulgence, that don’t contribute well to the length of the film, for the most part the film is incredibly engaging due to the professionalism of the editing and the wonderful performances from some of Hollywood’s most esteemed actors. It shows Scorsese’s incredible ability that after over 40 years in the business to not only recreate what made him great in the first place, but to develop those ideas and show us why he is still one of the most dynamic filmmakers of all time.