Retelling the story of King Henry V that was made famous by Shakespeare’s plays, The King boasts an outstanding cast, a strong script and an all round well put together piece. Choosing to play to safe with the creative license holds The King back from being one of the big releases of the year, but the solid direction and strong script make it a worthwhile viewing for those interested in medieval dramas. 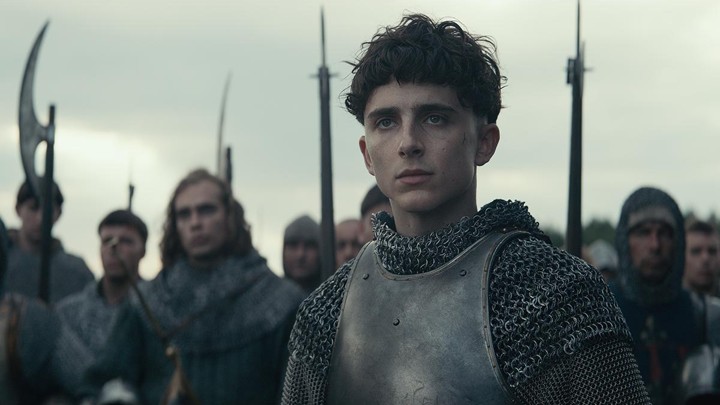 Following the quite averagely received War Machine in 2017, David Michod returns to directing a Netflix original with The King. Based off the Shakespeare play Henry V the film retells the classical literature piece with modern techniques whilst holding onto a classical form of dialogue that is acted out very well by the stellar cast. Joel Edgerton, who plays Hal’s best friend John Falstaff, co-wrote the script with David Michod and both do a fantastic job of transferring the story from play to script without losing the essence of what makes Shakespeare so enthralling and also not alienating a modern audience with jargon and overtly Old English dialogue.

Those familiar with the play will be well aware of how the story plays out but nonetheless, The King tells the story of young Prince Hal, who has chosen a life of partying and whoring over the responsibilities of the monarchy. His Father, Henry IV, is gravely ill and dealing with internal conflicts within the Kingdom of England. Having neglected his royalty up to this point, Hal’s brother Thomas is chosen has Henry IV’s successor and tasked with bringing the English rebels into line and eventually invading France. What follows is a series of classical Shakespearean tragedies that force Hal into the monarchy, crowning him Henry V with the march on France as his responsibility.
The plot has been rearranged slightly from what happens in the play, with the opening 30 minutes of the film being a summary of the last acts of Henry IV and the Henry V story not truly beginning until later on. The choice is effective and makes perfect sense. It would be odd to enter to this story from the moment that young Hal is crowned as modern audiences would not have the foreknowledge of his Father’s struggles with rebellion and his ultimate goal of invading France. Unfortunately however this is the weakest part of the film as a result and Hal’s quick change from drunken fool into warrior King is a bit too convenient for the necessities of the story, however following this opening act is one of the most well delivered medieval drama’s of the last few years. Hal’s development from an uncaring and free soul into a vain and competitive leader is expertly delivered and thoroughly believable and his realisation of what he has become by the end of the film is wonderfully satisfying.

The cast do make up a large part of why this film works so well. Timothee Chalamet’s rise to prominence from Interstellar (Christopher Nolan, 2014) into indie hits such as Call Me by Your Name (Luca Guadagnino, 2017) and Lady Bird (Greta Gerwig, 2017) all the way to this has certainly put his name on the map. He commands the authority throughout the film extremely well for one so young and delivers Hal’s development subtly and professionally. Joel Edgerton and Sean Harris also perform outstandingly as Hal’s two most adhered advisors, John Falstaff and William Gascoigne respectively, with both being given their moments to shine without drawing attention away from the rest of the cast. Finally, Robert Pattinson plays The Dauphin of France with wonderful balance, managing to be over the top evil and ridiculous whilst still being believable and menacing in an otherwise very grounded film. He also manages to pull it off whilst putting on quite a noteworthy French accent which is all the more impressive. 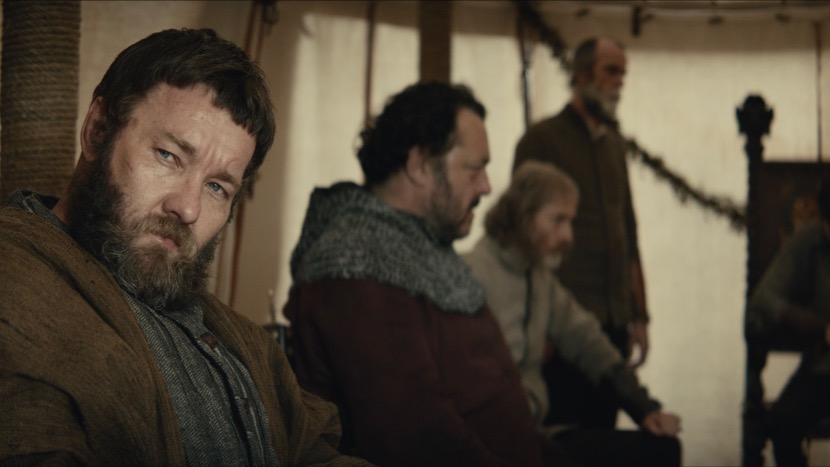 It is clear the influence of TV fantasy dramas such as Game of Thrones and Vikings in the visual department for The King. Grey is about as far as the colour palette goes throughout most scenes with dark reds and muddy browns occupying where there is space to exemplify the needlessly violent and excessively dirty world the characters occupy, with the greys extenuating the moral principles of the King and his advisors. There is little flair with Adam Arkapaw’s cinematography throughout much of the film, as he saves that for the big moments. The camera movement and positioning often reflects Hal’s mental state in key scenes, calm and thoughtful during the many dialogue sections whilst being erratic and energised during the action. What little action there is is very well delivered and where the main influence from Game of Thrones success comes in. Realistic and brutal is the main word and is performed in such a way. Watching the heavily armoured soldiers crash into each other with little finesse or technique is pretty difficult to watch at times and is very effective.
Nicholas Britell’s score has its moments but is for the most part pretty unremarkable. Several blow your ears out moments attempt to give The King an artistic gravitas that it doesn’t quite manage to reach, resulting in these moments falling a bit flat and screaming of neglected potential but they don’t take away from an otherwise very well put together movie.

The King is a high recommendation for those interested in Medieval tales, fantasy stories and Shakespearean dramas. There isn’t much here to offer anyone else however. The lack of artistic flair holds The King back from being a must see for the year, but following the ending of Game of Thrones this year, those still hungry for sword and armour action, court intrigue and just a solid battle sequence will find much to enjoy with The King. The performances are worthy, the script well crafted and the direction well executed. There’s little I can say that is bad about it, and therefore is certainly worth the viewing if you have the spare time.

All images courtesy of Netflix