A masterpiece of action-thriller cinema, The Dark Knight brings a version of Batman that whilst not comic book accurate, exists on its own terms. Delivering a thematically heavy story and coupling it with a simple delivery gives the film a natural fast pace right to the finish.

Continuing his grounded, hyper realistic version of the iconic Caped Crusader’s tale, Christopher Nolan directs what is arguably one of the best comic book films of all time and easily one of the best films of the decade. Drawing most of its inspiration from The Long Halloween (Jeph Loeb, Tim Sale, 1997), The Dark Knight chronicles the rise and fall of Harvey Dent as he, Jim Gordon and Batman all attempt to take down the mob by going after their finances. In doing so the mob turns to new villain on the block, The Joker, to stop Batman and Co. from disrupting their grasp on the city. Bringing together gripping action sequences, a intricate and detailed plot, wonderful characterisations of classic favourites and without a doubt one of the greatest performances of all time on screen from Heath Ledger, The Dark Knight is a film that will forever stand the test of time as not only one of the greatest comic book movies ever, but one of the greatest films ever.

Opening with a bang (literally), the story begins with The Joker and his crew robbing a bank that is a front for the mob’s finances. The crew systematically kill each other off as their job’s are completed in order to save on shares with the final murder being committed by The Joker himself. In what is one of the greatest character reveals of all time, an injured mobster lies on the ground with a bullet wound, utterly helpless as he exclaims the major themes of the film, shouting “What do you believe in?!” to which The Joker responds “I believe whatever doesn’t kill you simply makes you stranger,” as he reveals his face, shoves a smoke grenade into the mobsters mouth and makes a cunning escape in a school bus. The plot continues at a break neck pace from there as the Joker continually seeks to undermine Batman’s moral authority as well as Gordon and Dent’s attempts to make inroads into taking down the mob.
The plot is weaved together expertly with this version of The Joker being the perfect counter to this version of Batman. They both want the same thing, for the city of Gotham and its citizens to adopt their ideals. Batman’s ideals being hope, heroism and order and the Joker’s being chaos, violence and disruption. Whilst Batman up until this point in the story has had the run of things on Gotham’s streets, The Joker’s presence immediately begins to shake up his grasp on the city. Forcing Batman and the residents of Gotham into horrendously impossible moral quandaries and attempting to tear down the idols of Gotham’s heroism not by outright killing them but instead by showing what he believes to be their true colours and igniting a flame that seeks to burn down the established order. Harvey Dent is the characterised personification of Gotham’s soul and his role within the plot is crucial to understanding the major themes of the narrative. He is put up as “The White Knight,” the hero that operates from within the system to save the city from the Mob instead of wearing a mask at night. He is crucial to Batman’s plan of making Gotham a safe place. However, in being Batman’s main weapon in the fight for Gotham, The Joker goes after him too in order to tear down everything Batman has fought for.
The only issue one can find in the plot and its delivery is its emotionless and robotic nature. There are very few moments of real emotional weight, even when major characters die or when serious moral issues are presented to the players. You’re not going to cry or burst out laughing at any moment because you don’t really have the opportunity to connect with these characters on any particular emotional level because of the pace the plot moves at. In my opinion this doesn’t detract from the value of the story or its delivery but it is worth noting as a point against an otherwise fantastic story.

Without a shadow of a doubt Heath Ledger’s performance as The Joker is one of the main draws of this film. Without his masterful grasp of The Joker’s anarchistic attitude towards the world, this film would not have even come close to what it is. Every body movement, every improvised line of dialogue and every terrifying look from across the room, The Joker oozes madness and destruction whilst still holding onto the timeless and warped sense of humour he applies to everything he does. It is terribly sad that this role may have caused Ledger difficulties that led to his death months following the conclusion of the production but without a doubt solidified him as one of the all time greats. 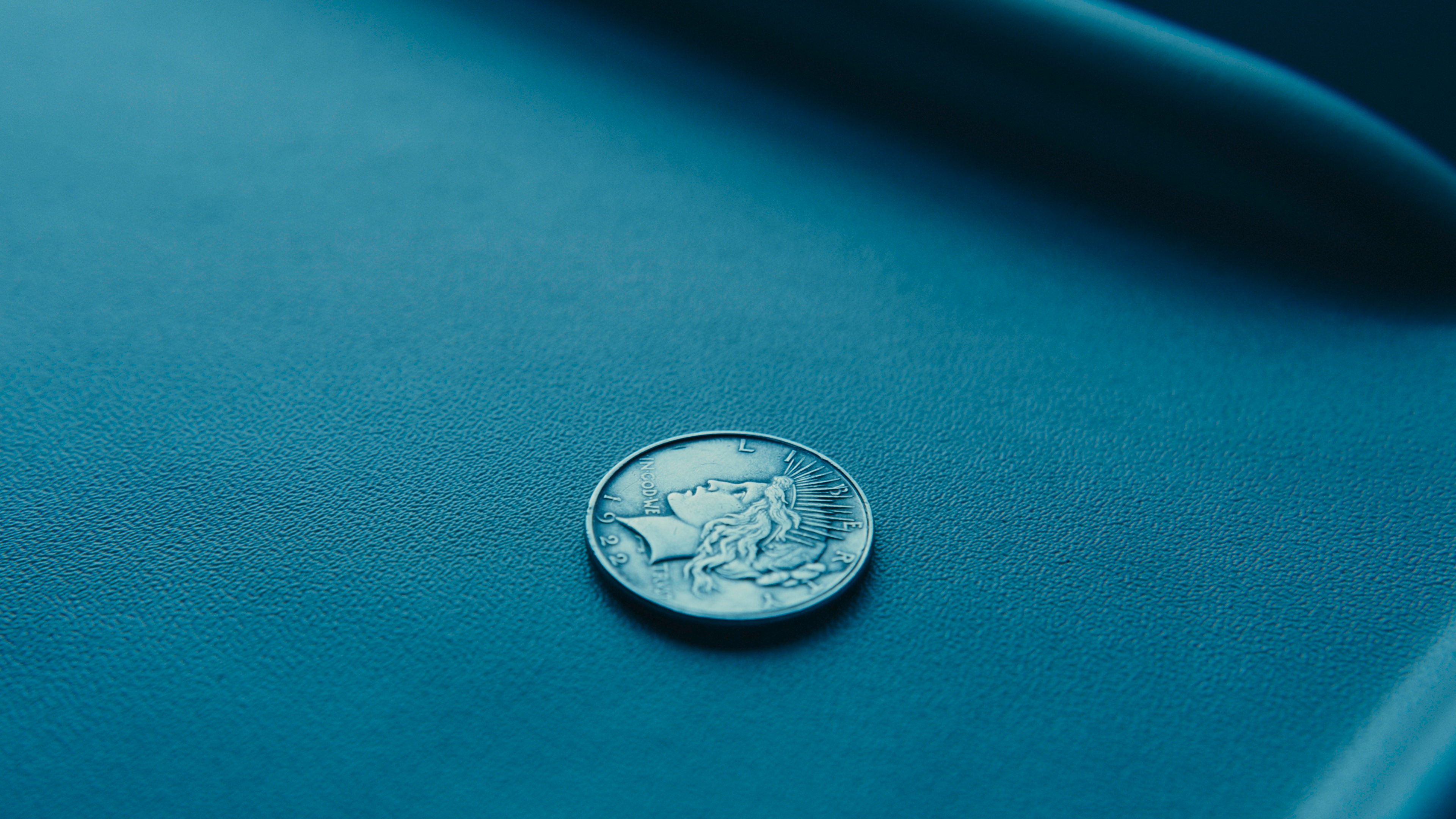 Aaron Eckhart similarly gives the performance of a life time as Harvey Dent. From the glowing, handsome and charming District Attorney, fearless and unshakeable in his quest to clean up Gotham’s streets to the fallen idol that is Two-Face, Eckhart portrays the anguish and hopelessness that leads to madness expertly. The development of the character is so broad that he is barley the same (both physically and mentally) by the end of the film.

Visually, the film continues Nolan’s excellent grasp of how to transfer a comic book style into a film and develops it to counteract the cheesiness of the Batman Begins (Christopher Nolan, 2005). Wally Pfister returns as the Director of Photography as does Lee Smith as the Editor. Both do an amazing job of formulating Nolan’s vision for the city of Gotham. Every shot carries weight and meaning in much the same way comic book panels do. Reaction shots are seamlessly interwoven into dialogue sections to ensure the plot moves forward at a consistent pace throughout exposition heavy moments. There isn’t a dull moment throughout as the audience are naturally led through a series of build ups to big moments to cut the tension with the cycle repeating itself several times over all the way to the end. The Dark Knight is a masterclass in how to pace an action thriller with the formula outlined in the opening bank robbery scene and it does not drop off until the credits roll.
Deserving of equal praise for the pacing of the film is Hanz Zimmer and James Newton Howard’s excellent soundtrack that continually builds the tension with low rumbling sounds to slightly offset the audience, letting them know something is coming, whilst also settling into the background so as to not distract from the action or dialogue. 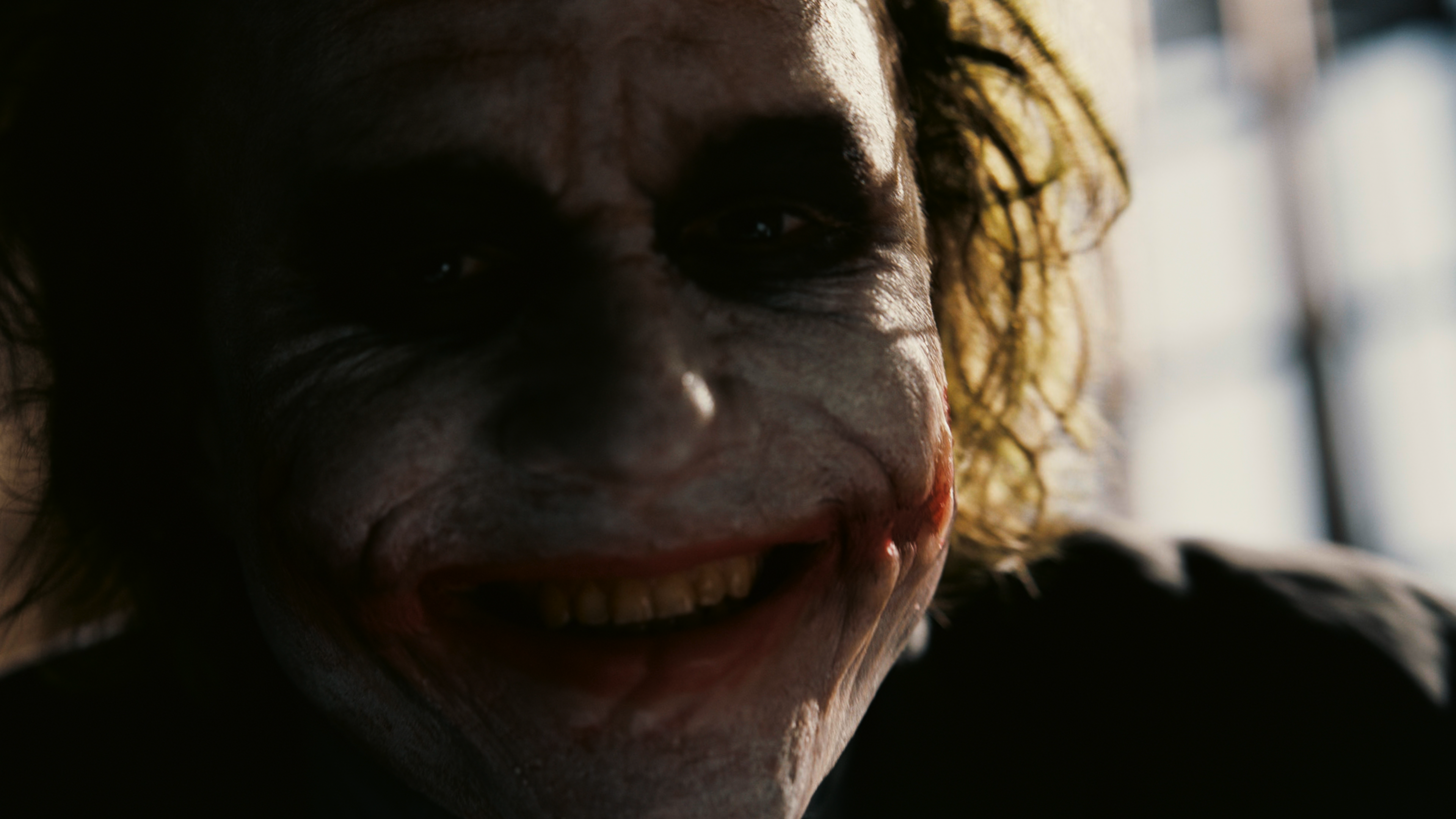 The Dark Knight is without a doubt a masterpiece. The height of this trilogy that truly works not to simply port a Batman story to the screen but instead to reinvent it and allow it to exist on its own terms. The complexity of its themes coupled with the simplicity of its delivery have led some to criticise it for being an extremely cold film with little to deliver in terms of emotional pay offs. What it does deliver however is an excellent thriller, paced masterfully, acted expertly and directed with style that will allow it to stand the test of time beyond that of the other two films in this franchise.