Given a very tough act to follow, Spider-Man: Far From Home delivers wonderfully in the personal development of Peter Parker following the events of Avengers: Endgame. Whilst the action sequences might not quite be as epic they certainly service the film well and allow for some really quite memorable moments that won’t just get lost in the fallout of the previous film. 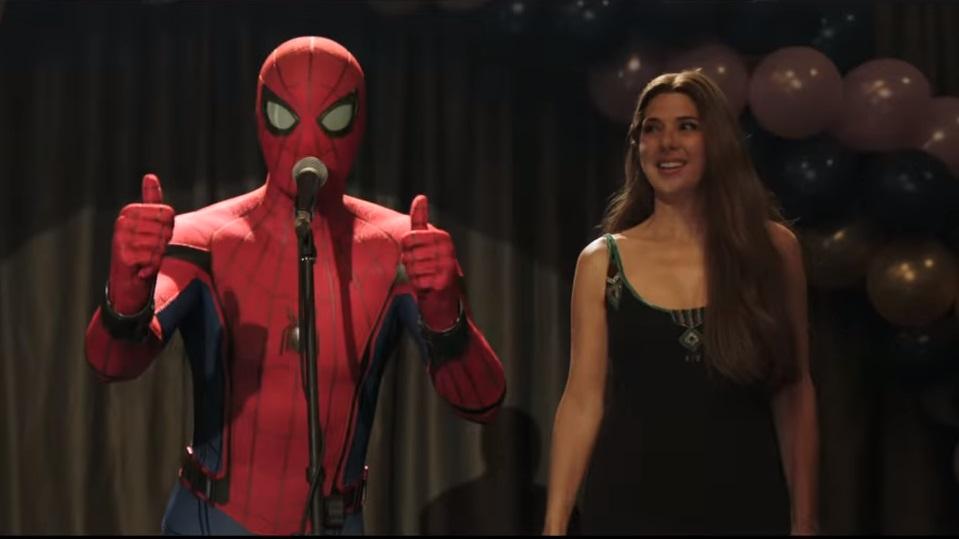 Following a well received first foray into the Marvel Cinematic Universe, Jon Watts returns to direct Spider-Man: Far from Home, the indirect sequel to Homecoming, the direct sequel to Avengers: Endgame (Joe and Anthony Russo, 2019) and the de facto conclusion to the MCU’s Phase 3. Much of the style and themes of the first MCU Spider-Man film are present in this sequel and Tom Holland’s iteration of the character is true to the development present since the release of Captain America: Civil War (Joe and Anthony Russo, 2016). Comedic elements land in the same fashion with varying degrees of success, much like in the first, and the action set pieces are much improved with some excellent ideas executed very well particularly towards the end of the film. The issues that plague this film are the same issues that plague many franchise films. Fatigue and comparison are natural and are especially prevalent in a franchise this big which holds Far From Home back in more ways than one off of the back of Endgame. However this is a very personal story for Peter Parker, one that shouldn’t be missed. 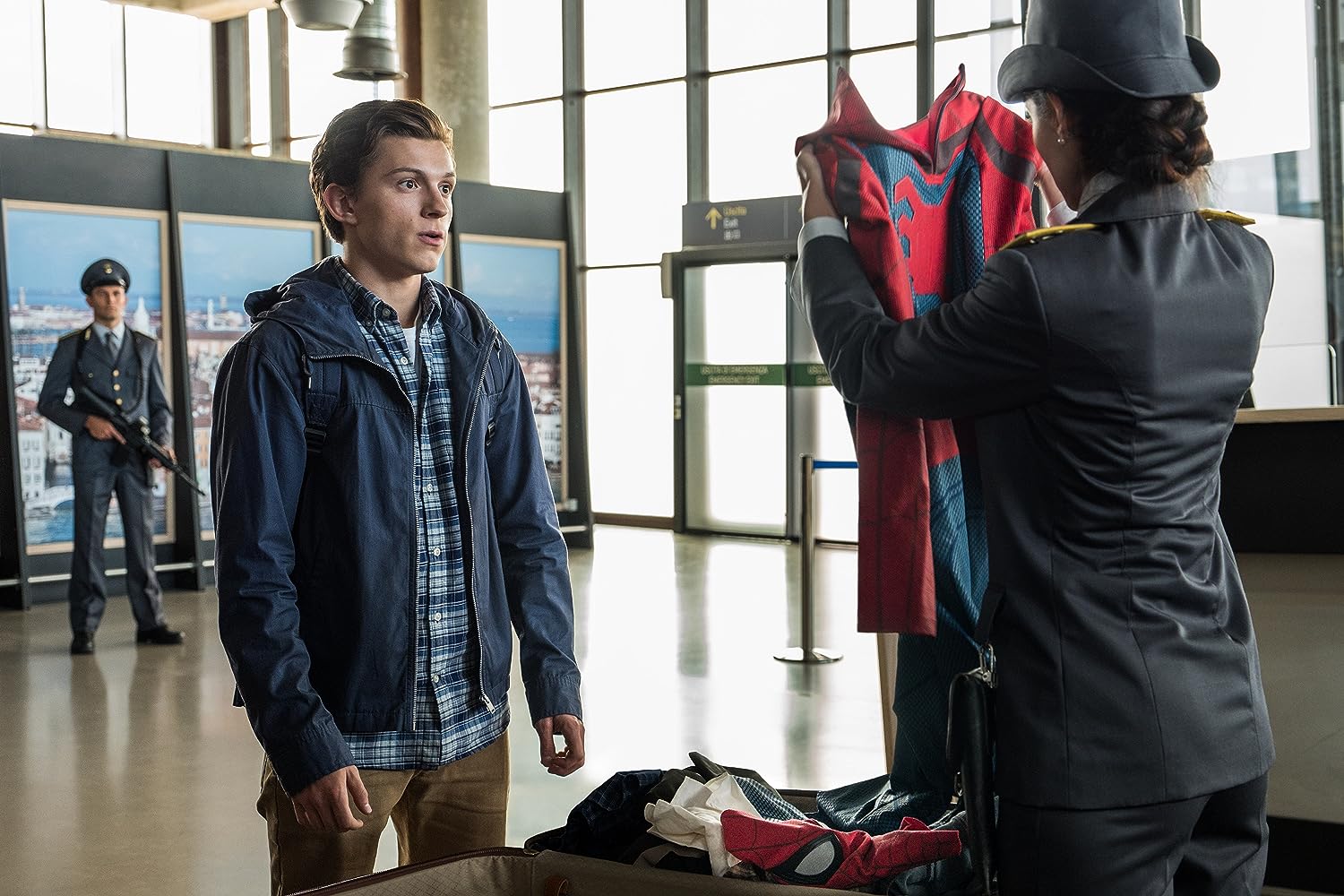 Following the death of Tony Stark at the end of Endgame, Peter Parker is lacking direction and focus in his life with the loss of his mentor. With nobody there to guide him, Peter struggles with the weight of responsibility of being a Superhero given that he is now the most public figure of all the Avengers. With Captain America and Iron Man gone, Thor and Captain Marvel in space, Hawkeye and Ant-Man spending time with their families and the majority of the other heroes listed as “Unavailable,” Spider-Man is in the spotlight of the media’s vision and is being forced to step up to the challenge. However aside from being a Superhero, Peter is still a 14 year old high school kid with dreams of teenage romance and a desperate longing for a normal life. Luckily for him a school trip to Europe gives him the chance to escape the pressures of Superhero life for a short time, allowing him to enact his plan to tell MJ his feelings for her and hopefully win her over in the process.
For the viewer without a background in comic book reading and a foreknowledge of several key characters the twists and turns in this film provide a palpable amount of tension, and equally for those with said foreknowledge, the twists are delivered in such a believable way that even when the eventuality does come to pass, it is still a surprise. Peter and MJ’s awkward teenage romance is definitely a highlight with both characters acting in relatable ways to anyone who was once a teenager in love. The sweet moments Peter has through his idyllic vision of romance are utterly adorable and give the character a real depth that hasn’t been seen in previous iterations of him on screen. 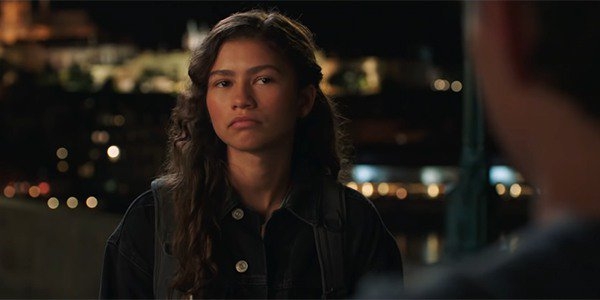 There is a playful element to the plot that is balanced nicely with a serious deeper personal element, something that has been done typically very well throughout the MCU but really shines here. Peter is just a kid and the film does very well in keeping the audience mindful of that without consistently bashing you over the head with it. Him and his friend’s have odd naive quirks typical of High School kids that create humorous moments but also create extremely heartfelt ones as they explore their own emotional innocence. The pay off is rewarding in many more ways than one.

Tom Holland continues his wonderful job as the web-slinger and continues to be the best incarnation of the hero on screen to date. His playful innocence, comedic temperament and astounding bravery allow for a real engagement with this character making him the most emotionally grounded version ever, only to be contested with Yuri Lowenthal’s performance in the Spider-Man (Insomniac) Playstation 4 game released around this time last year.
Jake Gyllenhal also gives a strong performance for his first outing the MCU as Mysterio, the dimensional hopping hero here to save us from the elementals. He brings his natural Gyllenhal style to the character that makes him irresistibly watchable but at the same time doesn’t standout in any particular way compared to the sea of villains we have encountered over the last 23 films.
Zendaya, Jacob Batalon, Jon Favreau, Tony Revolori, Marisa Tomei, Cobie Smulders and Samuel L. Jackson all reprise their roles from previous films with all staying true to their characters and experiencing their development in ways that engage the audience with their secondary roles. The standouts however are Zendaya and Tony Revolori as MJ and Flash Thompson respectively. Both actors retain what’s strong about their characters from Homecoming but are also given a certain freedom to explore why those characters act in those ways, bringing a realism and emotional attachment to those who otherwise could easily get lost in the background.

The action set pieces for the most part are very strong and up to standard with the rest of the MCU but unfortunately do not quite measure up to the outstanding sugar rushes of Infinity War and Endgame. However this is to be expected and therefore Far From Home does well in trying to craft its own special moments that will live long in the memory of any MCU fan regardless of how they rate this film compared to the others. What it lacks in spectacle, Far From Home more than makes up for in the personal and that makes for a nice change of pace following the ensemble Super films of the last two years.
Michael Giacchino’s soundtrack is wonderful and is absolutely a standout part of Far From Home. Continuing the seamless blend of the classic Spider-Man theme from the 60s cartoon, modern MCU orchestral pieces and well known teenage angst hits carries the tone of the film wonderfully adapting it from scene to scene depending on the emotional requirement of the plot at that point. It absolutely gives Spider-Man his own identity in the MCU in the same way the soundtrack for Black Panther (Ryan Coogler, 2018) did for its titular character.

Spider-Man: Far From Home ties off phase three nicely and breathes a new life into what many might have considered to be the dying embers of this massive franchise following Avengers: Endgame. Fans of the series still have plenty to be engaged with and newcomers are brought right up to speed with how the universe is going to work following the “Blip.” Strong action scenes and fun comedic moments give the casual viewer something to get behind whilst the emotional and interpersonal moments between the characters give the long time fans something to smile about. This isn’t one to miss in the slightest and you won’t be disappointed even though this film had one hell of an act to follow. Oh and if you’re not already aware stay for the post-credits sequences. They’re probably the best yet.

All images courtesy of Disney and Marvel Studios.