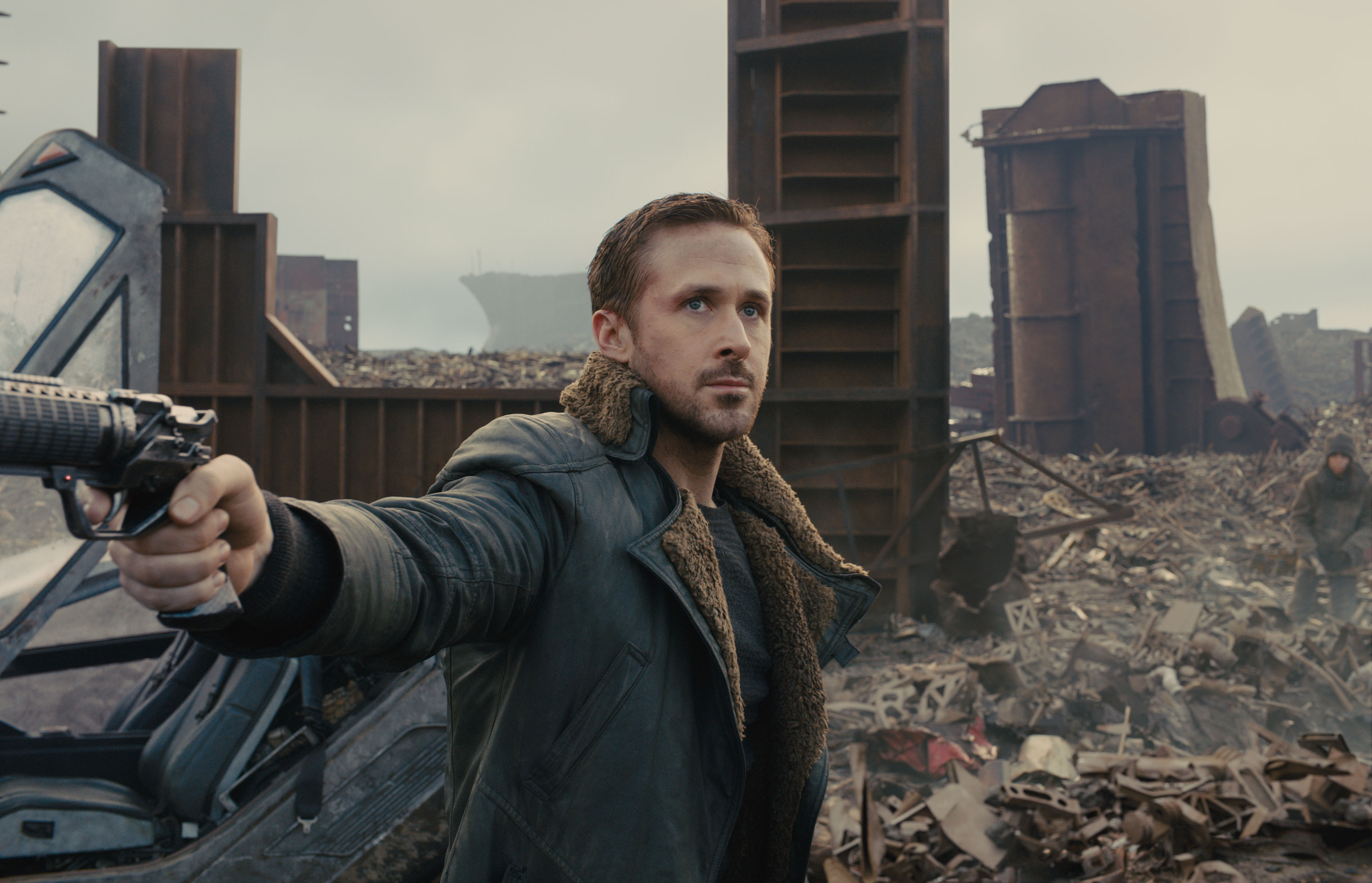 A powerful return to the original’s concepts and ideas both with regards to the narrative and the visuals, Blade Runner 2049 stands just as tall as its predecessor does and engages with familiar themes in a developed and mature way. It is a wonderful sequel, completely deserving of the title.

Continuing a nearly perfect record of feature films, Denis Villeneueve directs the long anticipated sequel to Ridley Scott’s Sci-Fi Noir masterpiece Blade Runner (1982). Building on the ideas set upon by the visionary film, 2049 emits a style and substance that is consistent with Villeneuve’s backlog but is also a development of the original’s artistic and thematic direction. Featuring an equally mystifying soundtrack and bold visual style, 2049 is able to stand up shoulder to shoulder with its 1982 predecessor and in many ways, succeed in places where the original failed, like any good sequel should. A powerful cast, all well directed, helps bring a wonderfully fitting script to life, written by Hampton Fancher and Michael Green, with Villeneuve tying the world building and story together masterfully in what some might argue was his most ambitious project yet.

As the title would suggest, this film takes place 30 years after the events of the original. Rick Deckard has disappeared and a new line of Replicants is in development under a the Wallace Corporation headed by Niander Wallace (Jared Leto). The Nexus-9 series Replicants are installed in such a way that it is seemingly impossible for them to refuse an order from a Human. K (Ryan Gosling) is a Blade Runner Nexus-9 working for the Los Angeles Police Department is sent to the farm of Sapper Morton in order to investigate and determine Morton’s true identity and agenda. What follows is a mystery with implications that could upset the balance of power between Humans and Replicants, threatening to destroy the already fragile relationship between the two and cause a war that could destroy all.
Without giving anything a way the plot unfolds naturally and believably with a few fortunate coincidences occurring to help move things along when the plot seemingly seems stuck at a dead end. Few and far between these coincidences don’t detract from the enjoyment of the story unless you are really searching for holes in an otherwise perfectly engaging sequence of events. Every character has a clear purpose and morality compass that shapes their actions in believable ways even if some characters unfortunately come off rather one dimensional. It can be argued that this was done on purpose in order to explore certain themes to do with compassion vs efficiency, however the players that this unfortunate characterisation fall upon are little more than fringe assets in what is largely a very personal story. On the flip side of that however the central characters are all excellently developed with Ryan Gosling’s K going through the most of said development beginning as an emotionally removed pawn in a larger operation to an emotionally driven hero with his own agency and moral compass.
All of the characters are played well and service their roles in the story in a satisfactory way but Ryan Gosling and Ana de Armas (who plays JOI, K’s artificial girlfriend) particularly stand out. Their relationship, although artificial by design, rings of truth and co-dependency with both characters clearly caring about each other’s well being that goes far beyond simple familiarity. Both desperately long for each other in their lives even though they are unable to have any physical contact, making for some really quite unique and intimate physical performances from both actors.

Roger Deakins deservedly won the Oscar for Best Cinematography with this film and when watching, it is easy to see why. Beautifully composed shots that balance light and colour wonderfully results in a natural development of the original’s cyber-noir style and takes it in a direction that none could have imagined when the Blade Runner initially hit the theatres. Deakins and Villenueve partnership has resulted in some of the most visually striking films of the last decade and 2049 continues that trend. From world building wides to emotionally driven close ups there is never a dull moment for the eyes throughout this film. It is a fantastic treat to any purveyor of film language and equally has the potential to open the eyes of those less familiar with the academics of movie making.
Whilst not quite as forward thinking as Vangelis’s original soundtrack for the 1982 release, Hanz Zimmer and Benjamin Wallfisch do a wonderful job of maturing the music of the original and bringing it to a modern audience. Those nostalgic for Blade Runner will find a lot to like in 2049’s OST and it is totally worth listening to on its own in the same way the original’s was. However they don’t quite break the mould like Vangelis did. What they do do however is work with the visual style in order to create a tone and atmosphere that is equal to Ridley Scott’s standout work. The neo-noir setting is perfectly driven by Deakins visual style and Zimmer and Wallfisch’s musical accompaniment with both maturing the original’s ideas in a natural and believable way.

Blade Runner: 2049 is a love letter to the original but still has enough of its own identity to stand up on its own. It is safe to say that the original’s concepts and themes still resonate today and are deserving of full exploration once again with a maturer and more developed audience to look upon it and judge for themselves what the film is about. It is once again a discussion of what it is to be human, a personal story of redemption, an engaging mystery film and all in all a visual treat to behold. It is just as good as the original and that is a wonderful achievement for everyone involved.

All photos courtesy of Warner Bros. Pictures and IMDB.