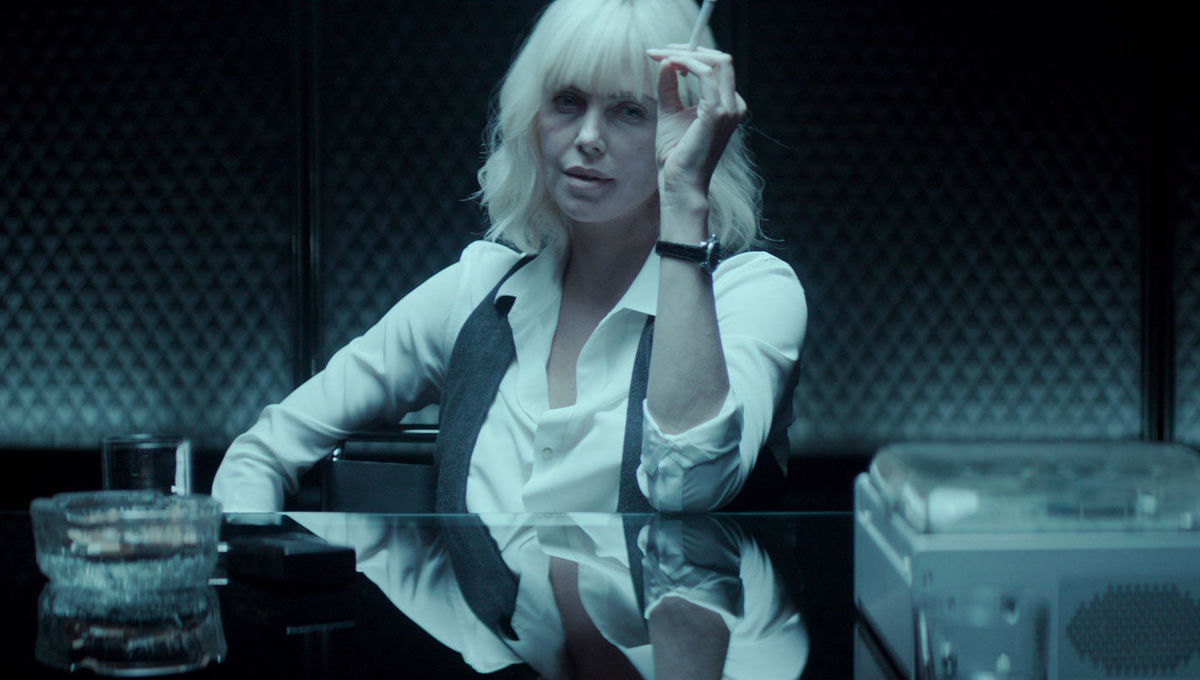 Strong performances and excellent action sequences save Atomic Blonde from being a mediocre spy thriller. The plot is predictable and the characters one dimensional, but the action is fantastic, the soundtrack thumping and the visuals excessively colourful and stylish. There is a lot to like here for the viewer willing to turn their brain off and watch Charlize Theron kick the crap out of a bunch of bad guys. Taking on a director’s credit for the first time (which was to be followed by the excellent Deadpool 2 (2018)), David Leitch helms this stylish spy thriller set amidst the tensions between East and West Berlin on the eve of the fall of the Wall. High octane and colourful Atomic Blonde blasts through its deceptively simple plot stringing together excellent action scenes showcased by a standout physical performance from Charlize Theron. Sadly however the plot fails to properly satisfy its grand implications with fairly forgettable characters and uninteresting motivations. Fortunately for the spectacle on the other hand, the cinematography is smooth, the soundtrack pumping and the action adrenaline fueled. It’s a fun watch on a late night in if you’re quite satisfied by watching a proven female action star really strut her stuff.

Mere days prior to the fall of The Berlin Wall an MI6 agent with a dossier of all of the spies and intelligence agents active on both the West and East sides of the city is killed by the KGB agent Yuri Bakhtin. Desperate to have the document recovered, MI6 send out one of their best operatives, Lorraine Broughton (Theron) to retrieve “The List.” Arriving in Berlin she is immediately met with trouble as she navigates a conspiracy that involves parties from both sides of The Wall as she desperately tries to recover the dossier.
The story is told through a series of flashbacks as Lorraine is debriefed by her MI6 superior (Toby Jones) and a CIA agent (John Goodman). Whilst initially interesting the plot quickly becomes far too convoluted for its own good in what is otherwise a fairly straightforward story. The resulting sequence of events appears contrived as a result and lacks any sort of emotional or intelligent weight. Characters when analysed are incredibly one dimensional even under a veil of complexity resulting in a wholly unsatisfying conclusion. Disregarding the intricacies of the plot, all of the characters are played well and the dialogue scenes are serviceable as beats to link together some truly excellent action scenes. Theron has proved herself already as a great physical performer in titles such as Mad Max: Fury Road (George Miller, 2015) and this is arguably her standout action performance even if the rest of the film around her is lacking in certain areas. It shows that she trained extensively with Keanu Reeves who himself was preparing for John Wick: Chapter 2 (Chad Stahelski, 2017) as both actors pulled out some of their best work that year. The stunt team did an excellent job with this film and deserve the majority of the credit for this film’s entertainment value. 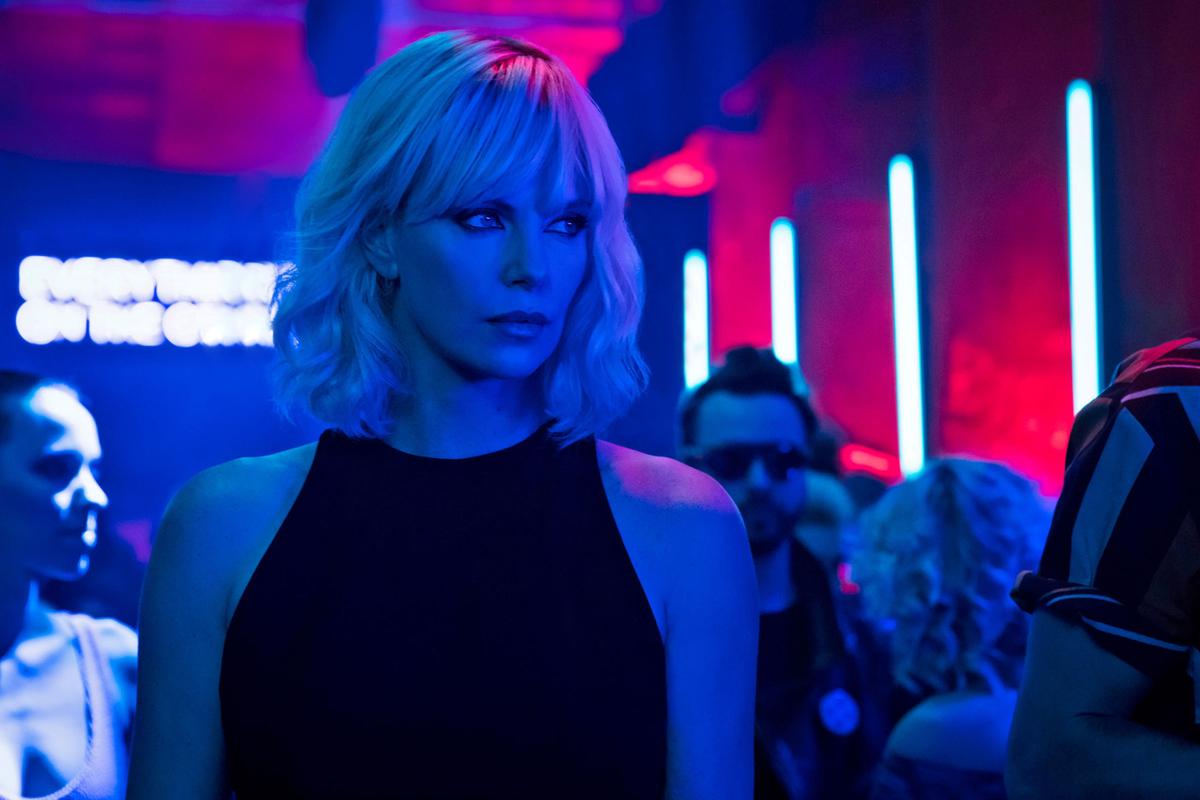 Visually the film is excessively colorful and supremely stylish in its colour palette and cinematography respectively. Two elements that fit perfectly with Berlin at the time of the setting and the embellishments compliment a tone that fabulously encapsulates the war torn city at the time. The hedonism and debauchery are ever present throughout the film and the visual style only seeks to draw your attention to it as Lorraine attempts to navigate the unique lifestyle that Berlin offers. On the flip side as well however this is well balanced with a cool colour temperature emphasising the bleakness of the attitudes of the city, only for it to burst with colour during the night as the oppressed come out to drown their sorrows in partying.
All of the action scenes are presented in such a way that it is easy to follow but still keeps the adrenaline high. One action scene in particular towards the end of the second act is particularly sublime (you’ll know it when you see it). They are edited together well and feature excellent choreography up against a thumping 80’s soundtrack. Theron did a lot of her own stunts for the film as well, and it shows. There’s an authenticity and a brutality to the fight sequences that really makes you feel every broken nose and knife to the stomach. It is extremely impressive to pull something like this off with little to no CGI (except where necessary) in a market where the highest grossing action films are almost completely done on green screen. 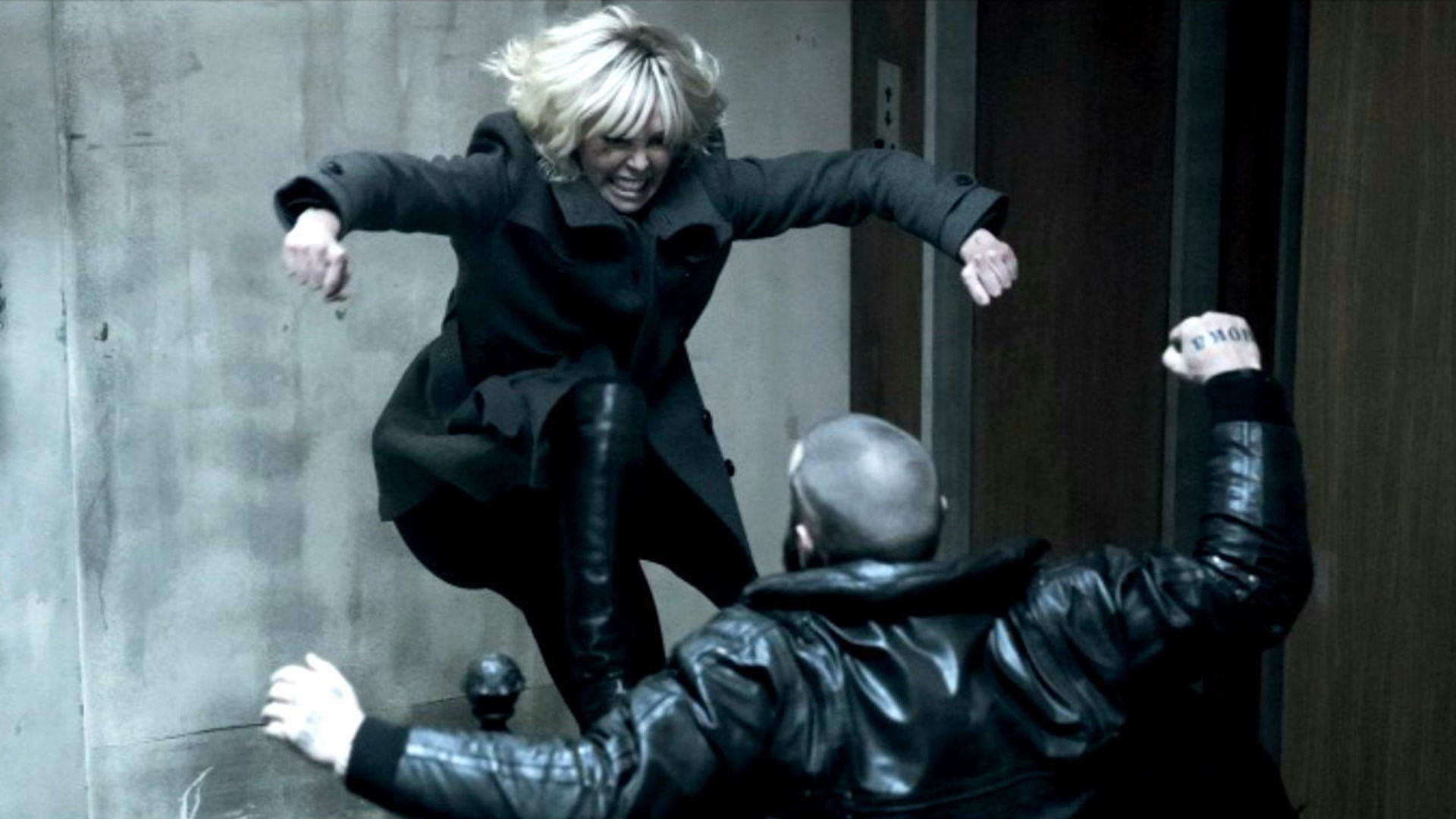 Atomic Blonde is a fine example of a film that is trying to convince you that it is more intelligent than it is. The twists and turns of the plot are entirely predictable and in a lot of ways, entirely unnecessary. One can argue that that was probably intentional by the director but the director simply takes what is on paper and transfers it to the screen. It is the writer’s fault if the story is not that intriguing and it is actually commendable when a director is able to take a relatively uninteresting story and turn it into a product with serious entertainment value. The action scenes are excellent throughout but there is very little in the way of a compelling story line to really keep you engaged in the events. The John Wick franchise suffers similar issues and the comparisons between the two are very easy to draw. That is by no means a bad thing however as both films succeed in exactly what they market themselves to be; Well choreographed action films with the leads doing the majority of their own stunts and showcasing excellent physical performances. Unfortunately it can’t quite reach the heights of greatness because it is missing that crucial story element.

If you’re staying in at night and you’ve browsed through your Netflix library and found nothing that you’re willing to take a chance on, Atomic Blonde is not a bad choice. You’ll find a lot to enjoy here especially if you like well choreographed action sequences or have any remote interest in Berlin and its history. If you’re looking for an intelligent spy thriller on the other hand keep looking, because this is not it.