Lacking anything special Captain Marvel struggles to stand out in a sea of superhero films. However it does measure up to the quality we have come to expect from the MCU and therefore is worth the watch if you’re still fully on board with the franchise at this point.

Whilst failing to break new ground in any meaningful way, the long term directorial partnership of Anna Boden and Ryan Fleck has produced a worthy addition to the Marvel Cinematic Universe. Captain Marvel is a fun ride that is sorely lacking in any surprises, twists or turns. The film plays out exactly how you would expect it to even though it does attempt to negate the familiar tropes of origin stories in superhero movies. The quips are fun, the plot is silly and the characters just so. This film simply exists to introduce Brie Larson’s character into the wider universe in time for the upcoming Avengers: Endgame (Anthony and Joe Russo) set to release this year in April. Unfortunately the film suffers from being a filler but still has enough legs to not be considered a total waste of time. 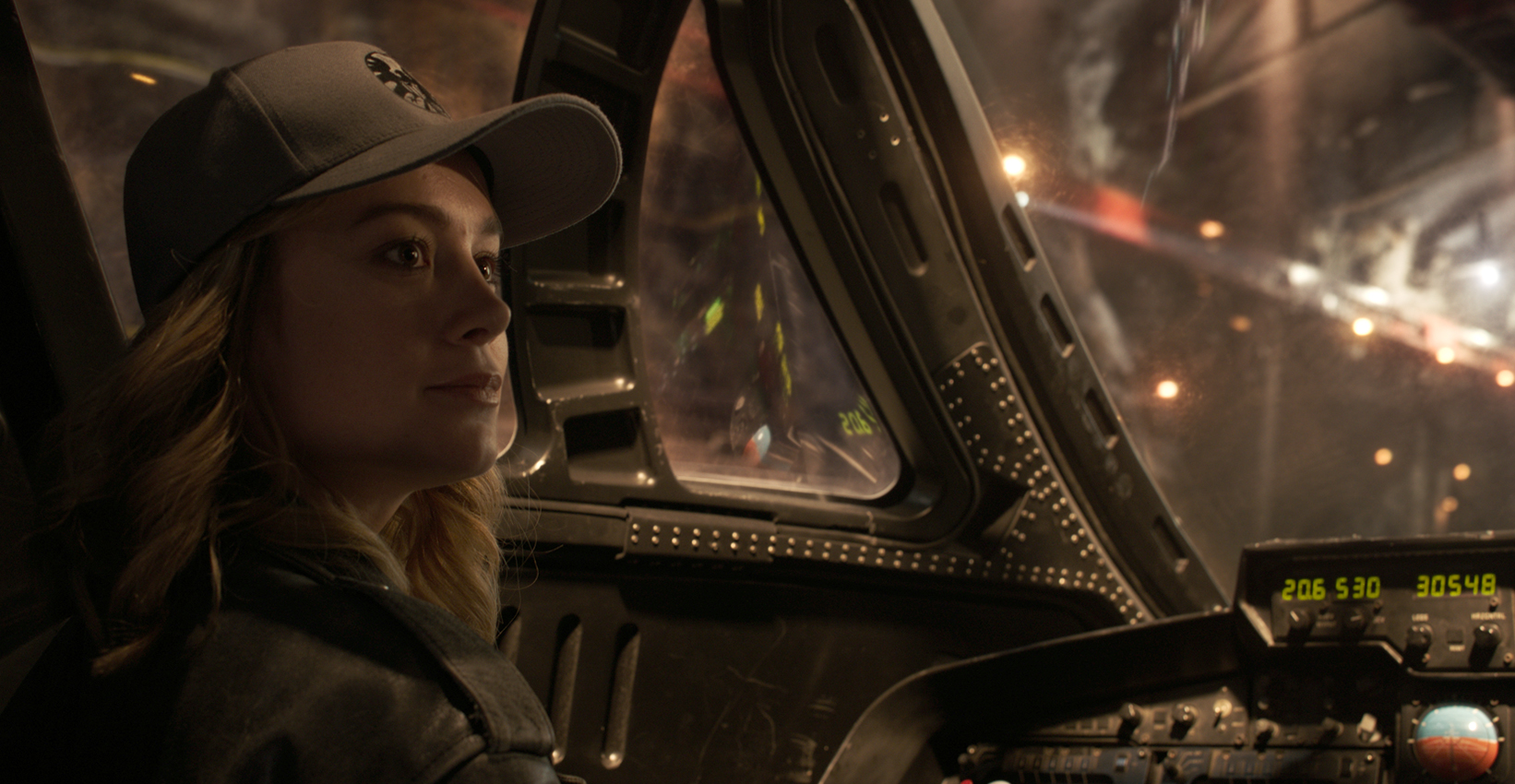 Brie Larson puts in an admirable performance as Captain Marvel but the star of the show is Samuel L. Jackson’s reprisal as a much younger version of the Nick Fury character that he has been playing since the beginning of the MCU. Sporting an incredibly professional and effective de-aged face thanks to the fantastic CGI used to allow him to appear 25 years younger, Nick Fury is the star of the show. The relationship between him and Captain Marvel provides some of the best on screen chemistry seen in the MCU in recent years, and the focus on just the two characters allows both actors to have full breathing room, and the writers to fully develop them. Unfortunately the rest of the characters and cast are sidelined as a result and fail to shine in the way that the two leads do. Jude Law and Ben Mendelsohn provide worthy performances as Talos and Yon-Rog respectively but neither have enough screen time or dialogue to really allow them to come into their own.

Living on Hala, the home planet of the militaristic Kree; Vers experiences strange dreams of a past life she has no memory of. Exhibiting extraordinary power her mentor Yon-Rog teaches her to control her emotions and restrict the use of her unique abilities under the pretence that she needs to become strong and worthy enough to be able to use them effectively. During a dangerous mission, Vers is captured by the Skrull commander Talos and made subject of a memory probe, further allowing Vers access to the memories of her past life. Escaping the ship on which she is being held captive, Vers crash lands on Earth and comes into contact with Nick Fury, with whom she attempts to stop a Skrull invasion of Earth as her Kree strike force team come to rescue her. However the longer Vers spends on Earth the more things seem to be not as they appear.
The plot is set up in a way that when the twists and turns come, they are not particularly surprising or shocking. Certain choices were made to substantiate a story that does not simply play by the numbers but the formulaic nature of MCU films counteracts such choices resulting in a rather predictable affair. However even though the plot does not really stretch at any point in terms of its surprises, the adventure is fun and the characters that experience the story are all just interesting enough so that you care about what happens to them. It certainly lacks plot wise when compared to other recent MCU films such as Black Panther (Ryan Coogler, 2018) and Avengers: Infinity War (Anthony and Joe Russo, 2018) the film still does a good job at introducing Captain Marvel to the wider universe.

Visually the film is as colourful and spectacular as you expect it to be even if it does lack its own unique style in the way that other solo MCU films do. Wonderfully colourful action sequences are the highlight as well as some excellent shape-shifting effects used by the Skrull throughout the film and a final flourish at the end of the film that is worthy of all the build up. Sadly even though the flashy effects do impress as they always do with this franchise, Captain Marvel lacks any sort of identity when it comes to how those effects are presented. The blue/orange colour pallet of Captain Marvel’s powers are just about as far as the film goes when trying to create something new and that doesn’t really suffice in that area.

Unfortunately it is becoming increasingly difficult to not judge MCU films against one another in this aspect and many others. With such a litany of films to choose from at this point in the franchise when a film of this calibre comes out, it is a shame that it does not stand out from the crowd. That is Captain Marvel‘s biggest drawback. There is nothing within that allows it to separate itself from the larger franchise, which suggests an over-abundance in this particular shared universe. Films that exist within a large franchise have to work twice as hard to not simply fall into the back catalogue and then balance that with holding onto what makes the franchise work. It is an extremely difficult task that only becomes more difficult with the addition of more films to the franchise. Up until this point the MCU has had a strong track record of keeping things fresh but Captain Marvel suggests that this trend might possibly be coming to an end. We will have to see as the universe continues to develop but one hopes that the people in charge will take such ideas into consideration. After all, when it comes to film and entertainment, quality almost always trumps quantity. 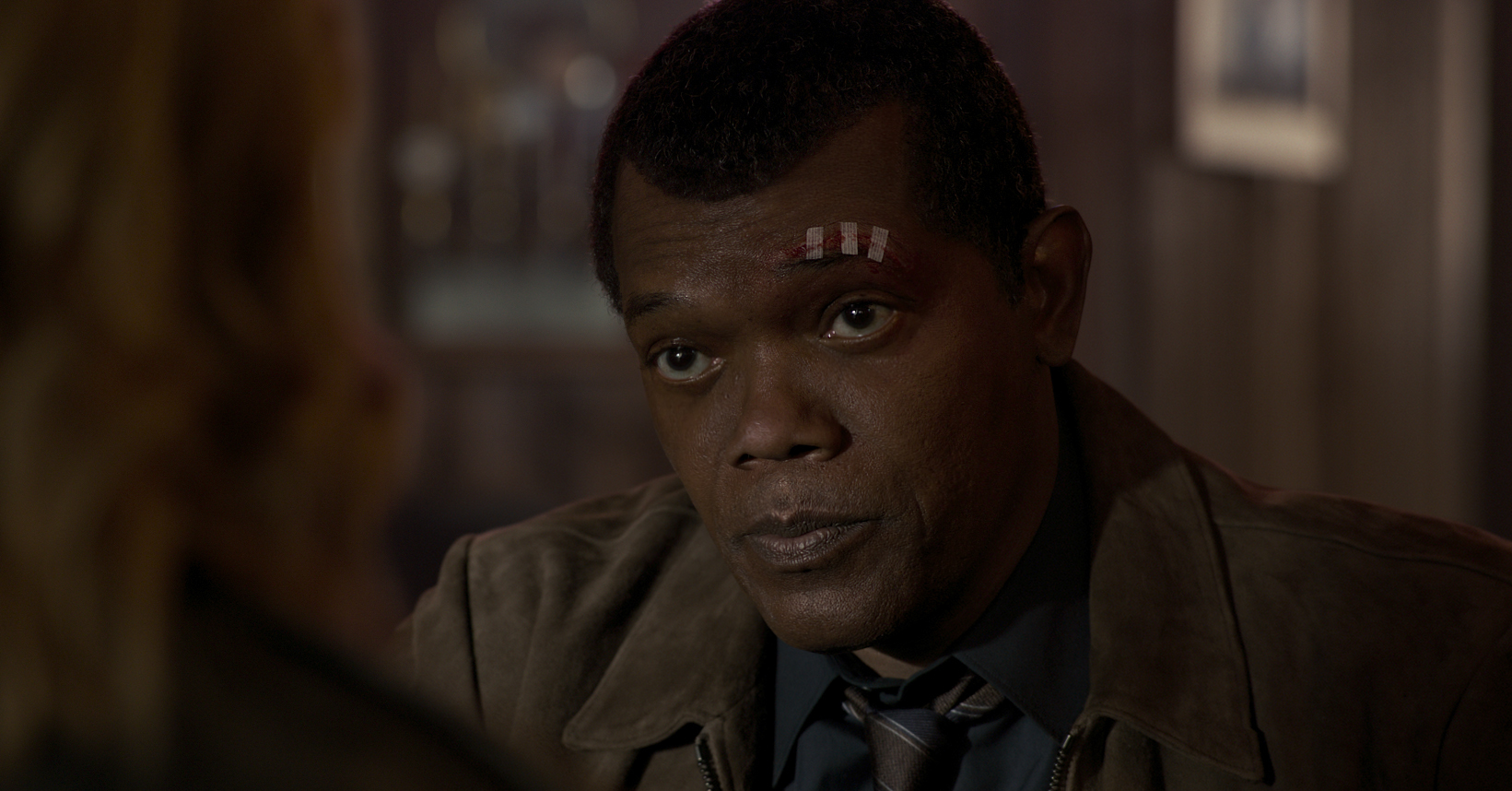 Whilst Captain Marvel struggles to stand on its own legs outside of the larger Marvel Cinematic Universe it is still a worthy addition to a growing collection of high quality superhero films. It will not be remembered as one of the best and will likely be brushed under the rug as a filler movie. However if you love superhero films and you love the MCU, you will find a lot to like here. It’s just you won’t find anything you haven’t really seen before.